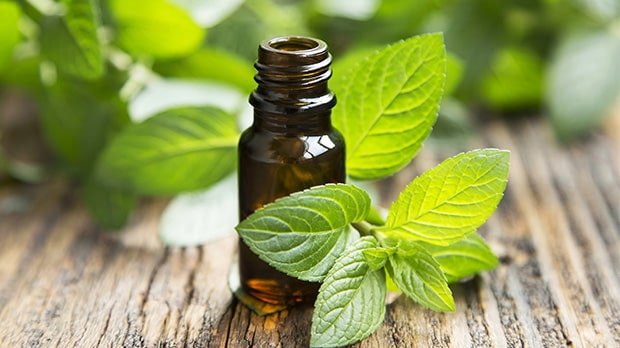 Peppermint is an aromatic herb in the mint family. It’s a hybrid mint that’s a cross between spearmint and watermint. It can be found naturally in North America and Europe.

Peppermint essential oil can be extracted from the leaves of the peppermint plant and is used for a variety of different purposes.

Read on to discover more about the forms of peppermint oil, its uses, and potential health benefits. 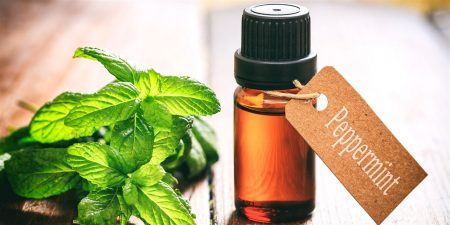 Peppermint oil can be found in a variety of forms. Some examples include:

Peppermint oil has a sharp odor that’s cool and refreshing. Its taste is similar. You may be familiar with the coolness in your mouth after you consume something with a peppermint flavor.

The main chemical components of peppermint oil are menthol and menthone. However, there are many more as well.

Peppermint oil has a wide variety of uses. For example, it can be used as:

Records of the use of mint plants for medicinal purposes go all the way back to the times of Ancient Egypt, Greece, and Rome. So, what does modern research say about the benefits of peppermint oil?

While some of the potential benefits of peppermint oil are based off of personal testimony, research is ongoing into its health benefits. We’ll explore some of that research below.

Some of the most extensive research into the benefits of peppermint oil has focused on IBS. IBS is a chronic gastrointestinal (GI) condition that can involve abdominal pain, diarrhea, and constipation.

A recent review of 12 trials examined the efficacy of peppermint oil capsules when compared to placebo in treating IBS. Researchers found that treatment with peppermint oil improved abdominal pain and other symptoms of IBS.

The specific ways peppermint oil helps ease the symptoms of IBS and other GI conditions are largely unknown. Some poss include:

Peppermint oil may reduce or relieve symptoms from IBS.

For other GI conditions

Peppermint oil or menthol, one of its main chemical components, has been used in combination with caraway to treat functional dyspepsia. This condition is characterized by bloating and pain in the area of the stomach.

Another review of studies of herbal remedies for GI conditions in children and adolescents found that peppermint oil was effective at reducing the duration, frequency, and severity of abdominal pain when compared to placebo.

However, peppermint oil wasn’t effective in comparison to simethicone drops in treating colic.

Nausea can often occur after an operation. One small study assessed the effect of inhaled peppermint oil on postoperative nausea. They found that patients rated their level of nausea as lower after inhaling peppermint oil.

However, a recent review of studies examined the effects of aromatherapy on postoperative nausea. Four of the reviewed studies involved peppermint oil compared to placebo. The reviewers found that inhaling peppermint oil had little or no effect on the severity of nausea.

Results from small studies are mixed on the effectiveness of aromatherapy with peppermint oil to help with nausea. It may have no effect.

Wintergreen oil and menthol have been used to treat pain from tension headaches, migraine headaches, and other causes.

One small study looked at the topical application of a 10 percent menthol solution for migraine treatment. They found that when applied to the forehead and temples, participants had a longer duration of pain relief and less nausea and light sensitivity compared to placebo.

Another study investigated the use of a treatment gel for migraines. The gel contained menthol as one of its components and was applied to the skin when a migraine began. Researchers found that there was a significant improvement by at least one severity level two hours after application.

A recent study examined the effect of peppermint oil tablets on people with difficulty swallowing and non-cardiac chest pain. Over half of the participants reported an improvement in their symptoms.

Different forms of peppermint oil or menthol may help treat pain from headaches and migraine attacks when applied on the skin. In tablet form, peppermint oil relieved discomfort for people who have trouble swallowing.

For skin and hair

Peppermint oil is often used in cosmetic products. But there’s a limited amount of research into the potential benefits of peppermint when applied to the skin and hair.

A second small study examined the effect of applying peppermint oil on the skin to reduce itching during pregnancy. Researchers found that applying a 0.5 percent solution of peppermint oil twice a day for two weeks significantly reduced itch severity compared to the control.

Another study in mice compared peppermint oil to minoxidil (Rogaine) and control compounds. The researchers found that a three percent solution of peppermint oil led to growth of thick, long hair in mice after four weeks of treatment, similar to results obtained using minoxidil.

Against bacteria and yeast

Peppermint oil also has mild antimicrobial properties. Various studies have been performed to determine its effectiveness against different types of bacteria and fungi. The results have been mixed.

One study found that incubating peppermint oil with several strains of Staphylococcus aureus, some of which were antibiotic resistant, inhibited the production of an important bacterial toxin. This effect was dose-dependent, meaning that the effect increased with rising doses of peppermint oil.

A study from 2017 looked at the activity of several essential oils against different strains of Candida yeast. While peppermint oil did have some antifungal activity, it had the lowest activity out of all the oils that were tested.

Peppermint oil may work against some bacteria, but research is mixed. It’s shown mild antifungal properties against certain strains of Candida.

About safety and side effects

The FDA recommends only using essential oils according to manufacturer’s guidelines.

Essential oils are not meant to be taken orally. Some possible side effects from taking peppermint extract orally include heartburn, nausea, and vomiting. Choose an extract if you’re adding peppermint oil to food.

Aromatherapy or topical use of diluted essential peppermint oil can have significant benefits with little risk. But be aware that peppermint aromatherapy can be toxic to pets. Always consider children, pets, and pregnant women before using aromatherapy.

If taken in very large doses, peppermint oil can be toxic. It contains a known toxic compound called pulegone. Cosmetic formulations of peppermint oil are supposed to contain one percent or less pulegone, although in some cases they may contain more.

It’s also important to remember that peppermint essential oil is very concentrated and should always be diluted properly before topical use. Only a few drops are needed for diluting in an ounce of carrier oil.

In some cases, peppermint oil that’s applied to the skin may cause irritation or a rash to occur. If you’re concerned about having a skin reaction to peppermint oil, test a small patch of your skin first.

Who shouldn’t use peppermint oil?

People who should avoid using peppermint oil include:

Peppermint aromatherapy can also be toxic pets such as dogs and cats.

Peppermint oil comes from the peppermint plant. It’s been used for many things, such as relieving GI discomfort, easing nausea, and alleviating pain.

While some of the proposed benefits of peppermint oil come from anecdotal evidence, research suggests peppermint oil may be beneficial for IBS and other digestive conditions, as well as pain relief.

Peppermint oil is generally safe, but it can be toxic when taken in very large doses. Additionally, you should always dilute peppermint essential oil before use.

If you have any concerns or questions about using peppermint oil, you should speak to your doctor before using it. 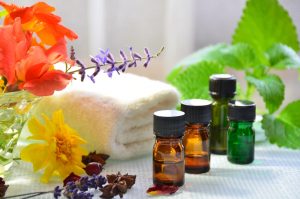 What Are Essential Oils 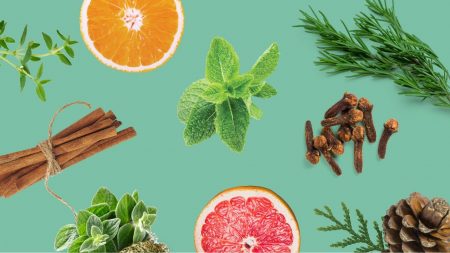 Essential Oils: Finding the Right One for You
Close

Great to have you back!

Great to see you here!

Sorry. No results match your search.